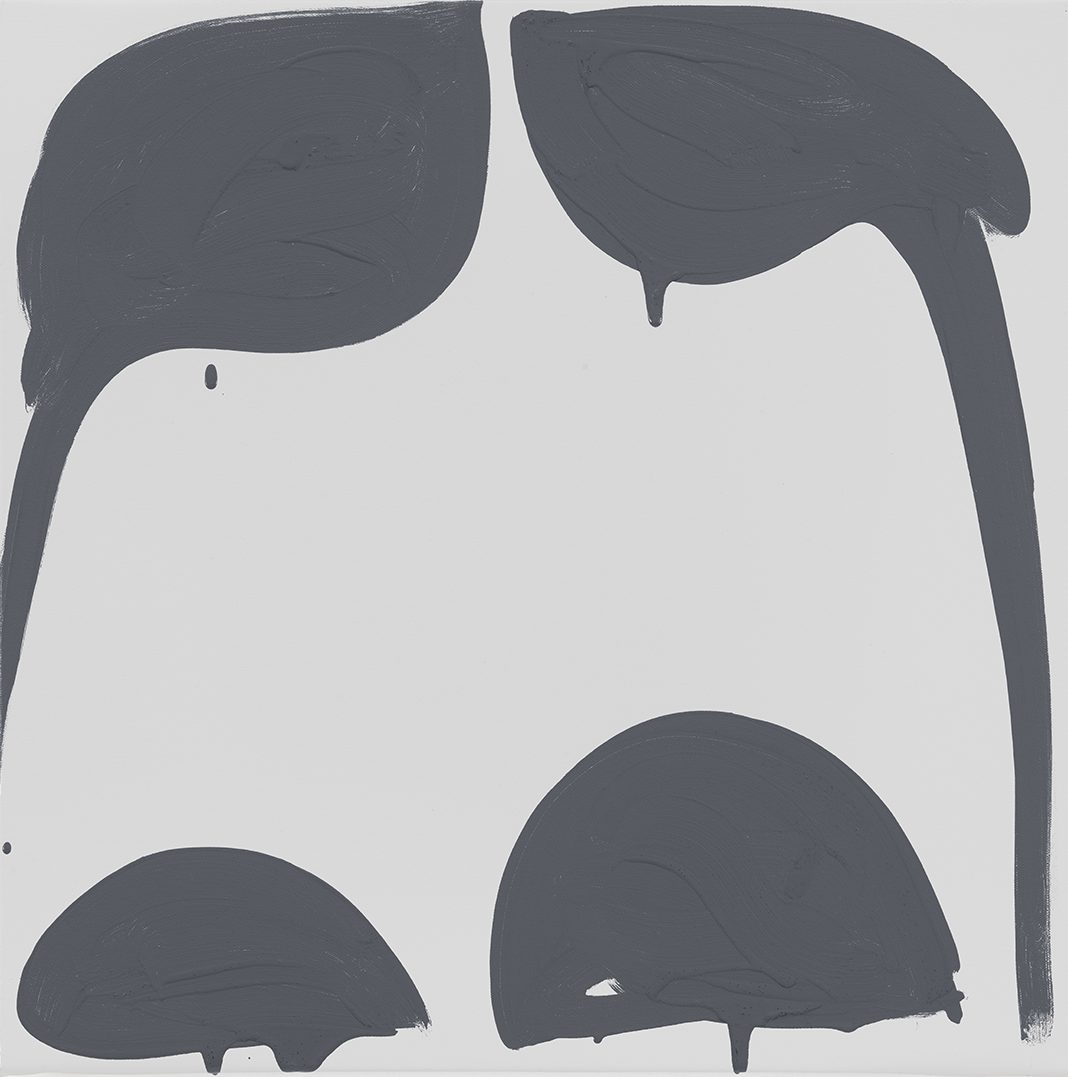 Amy Feldman’s large scale gray-on-gray abstractions are recognized for their bold display of form, isolation and distillation of image, and for their reductive yet impactful language. Oscillating between figure and ground, her seemingly simple compositions undermine the logic of their own stability, and pivot immediacy with resonance. The suspension between surface, iconography, and geometry highlights the significance of her selected imagery. Contemporary signs, symbols, digital ideograms, and figures emerge from gray drips and open strokes. Coming in and out of legibility, the forms push and pull, move and undulate, alluding to the instability of images and signs, and their increasingly unstable role in contemporary culture.