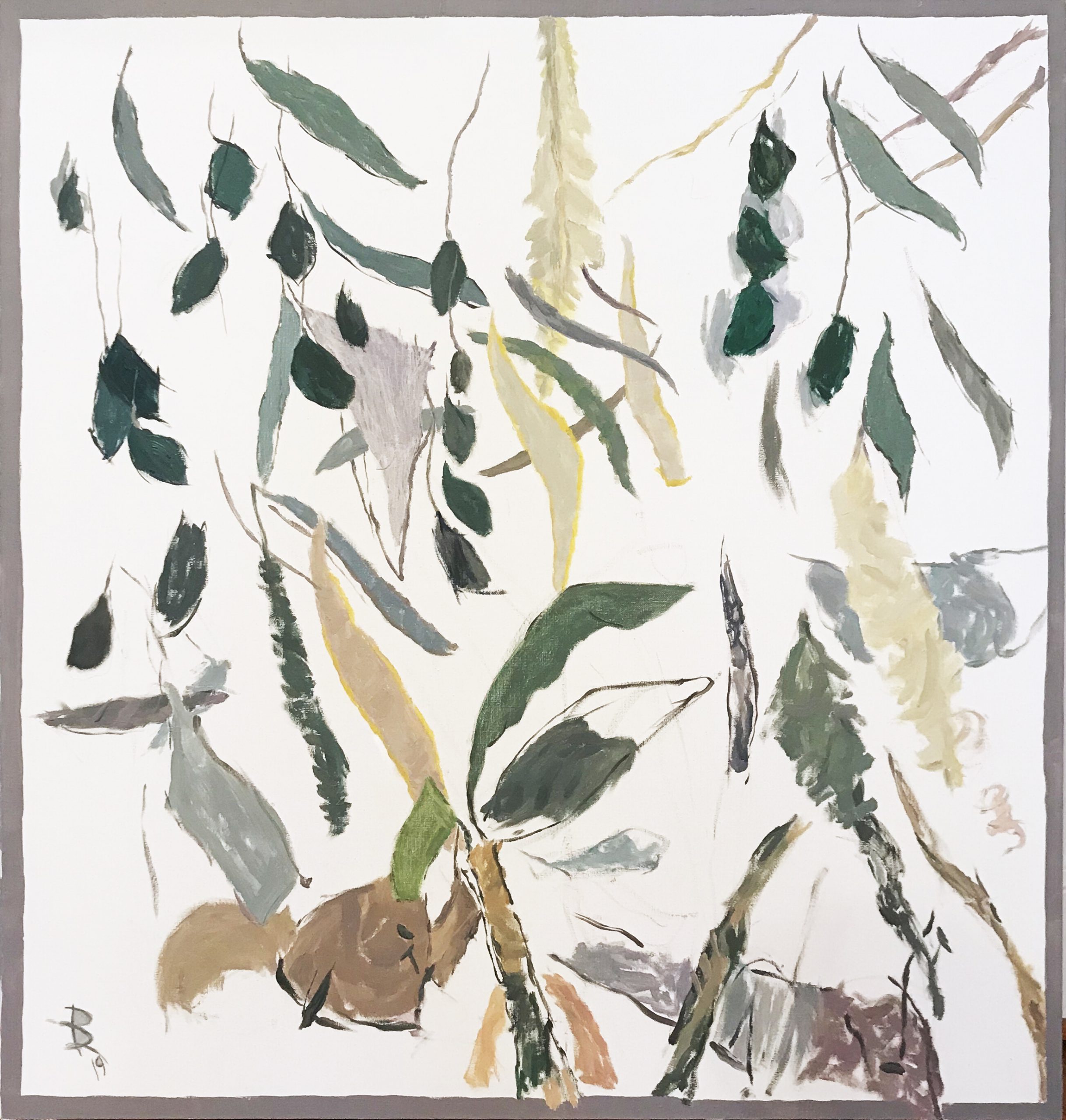 Samuel Bjorklund paints expressive landscapes and studies which capture the spirit within his surroundings. Bjorklund grew up in California and later travelled around the world, living in Aix-en-Provence, Paris, and the Dominican Republic. His travels instill dimension into his free-flowing, somewhat minimal strokes as he incorporates varied cultures’ colors and themes in his paintings. He draws from Asian influences, as well as “early archaic Egyptian and Christian works, the caves of Lascaux, Romanesque sculpture, [and] the paintings of Pompeii.” The subtle overlapping of these styles build a powerful, poignant experience within Bjorklund’s airy, often floating, forms. He states, “My work has always been based on a visual experience of nature and respect for the common thread running through the centuries of Art, preferring to find the elements from the tradition of art which unify rather than separate.”

Bjorklund was born in Sheridan, Wyoming in 1938 and grew up in southern California, where he received his BA in Comparative Literature and MFA in Graphic Art from the University of Southern California. In 1959, he moved to Aix-en-Provence, where he met master German painter Leo Marchutz and served as his apprentice and associate for 15 years. With Marchutz and artist William Weyman, Bjorklund co-founded the Marchutz School of Vision in 1972 (now the Marchutz School of Fine Art), where he taught until 1984. He was awarded the Oskar Kokoshcka City of Salzburg Prize in 1961 and was honored with Lifetime Achievement in the Arts by the Institute for American Universities in Aix-en-Provence in 2017. He has exhibited across Europe and the U.S at galleries La Muraille in Besancon, France, and Gallery Etienne de Causans, Paris, and at the Grand Prix of Monte Carlo, Biennale Internationale d’Aix-en-Provence. His paintings are included in private and museum collections in Europe and America. Bjorklund resided in France until 2005, and currently lives and works in the Dominican Republic.