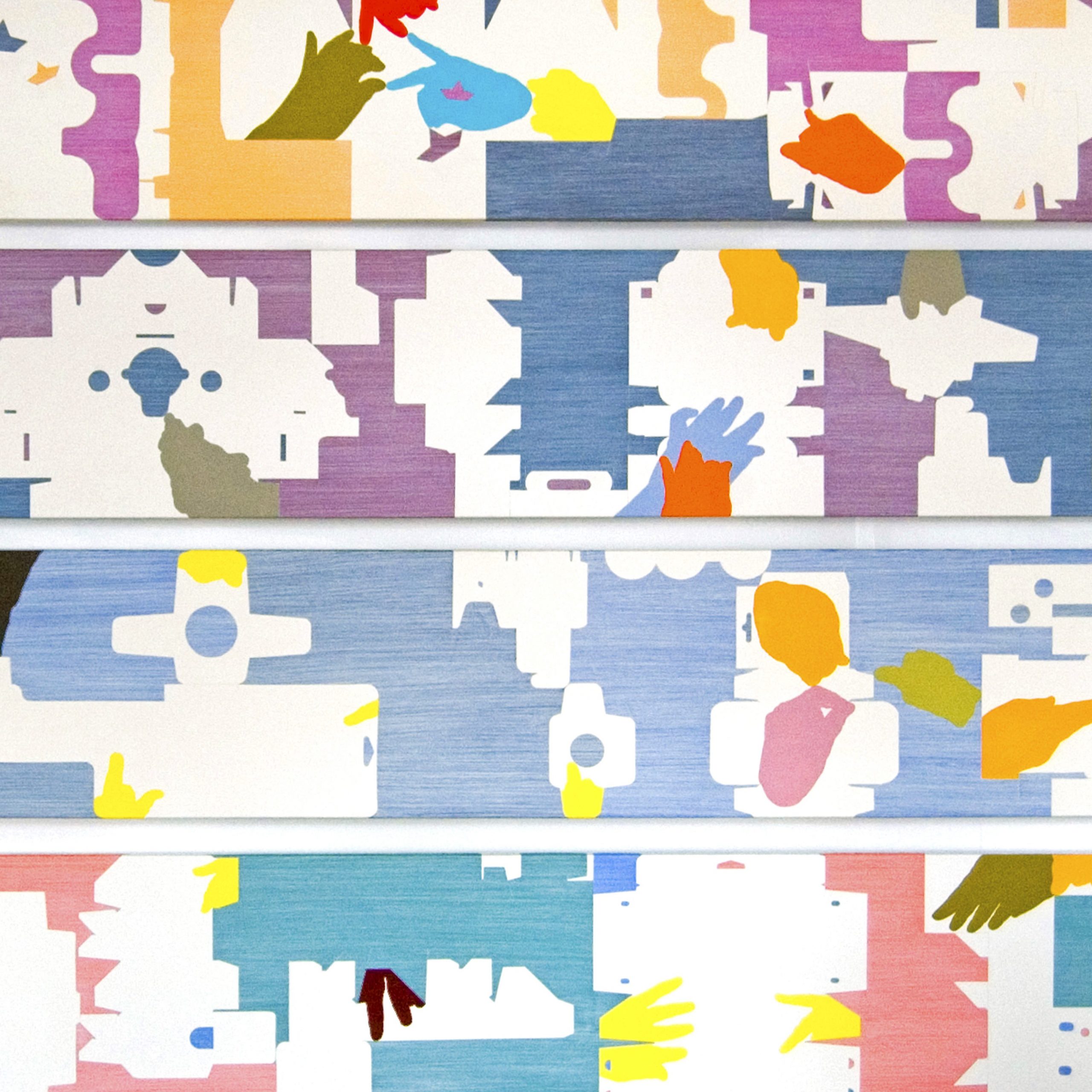 Since 1983, Paul Ryan has cultivated his own powerful “brand” of abstract painting by boldly applying acrylic to large-scale canvas. He is inspired by the banality of everyday commercial packaging, and uses these forms as a means for investigating the underlying major societal consequences of consumerism. Collecting magazines, cartons, and mass-produced goods, he reimagines these products like stencils for creating the formal structures of his paintings. Mundane symbols of consumerism become dramatic expressions of “desire, exchange, acquisition, consumption, and loss” as they litter the canvas in acrylic form (Ryan, Forward, Exhibition Catalog). Ryan received his Master of Fine Arts from Virginia Commonwealth University (1986), where he was a professor in the Department of Painting and Printmaking from 2005-2016. He also taught in the Department of Art and Art History at Mary Baldwin College, where he is currently a Professor Emeritus. He is a recipient of two Virginia Museum of Fine Arts Professional Fellowships (2009, 2016). The painter and art critic works and resides in Staunton, Virginia.