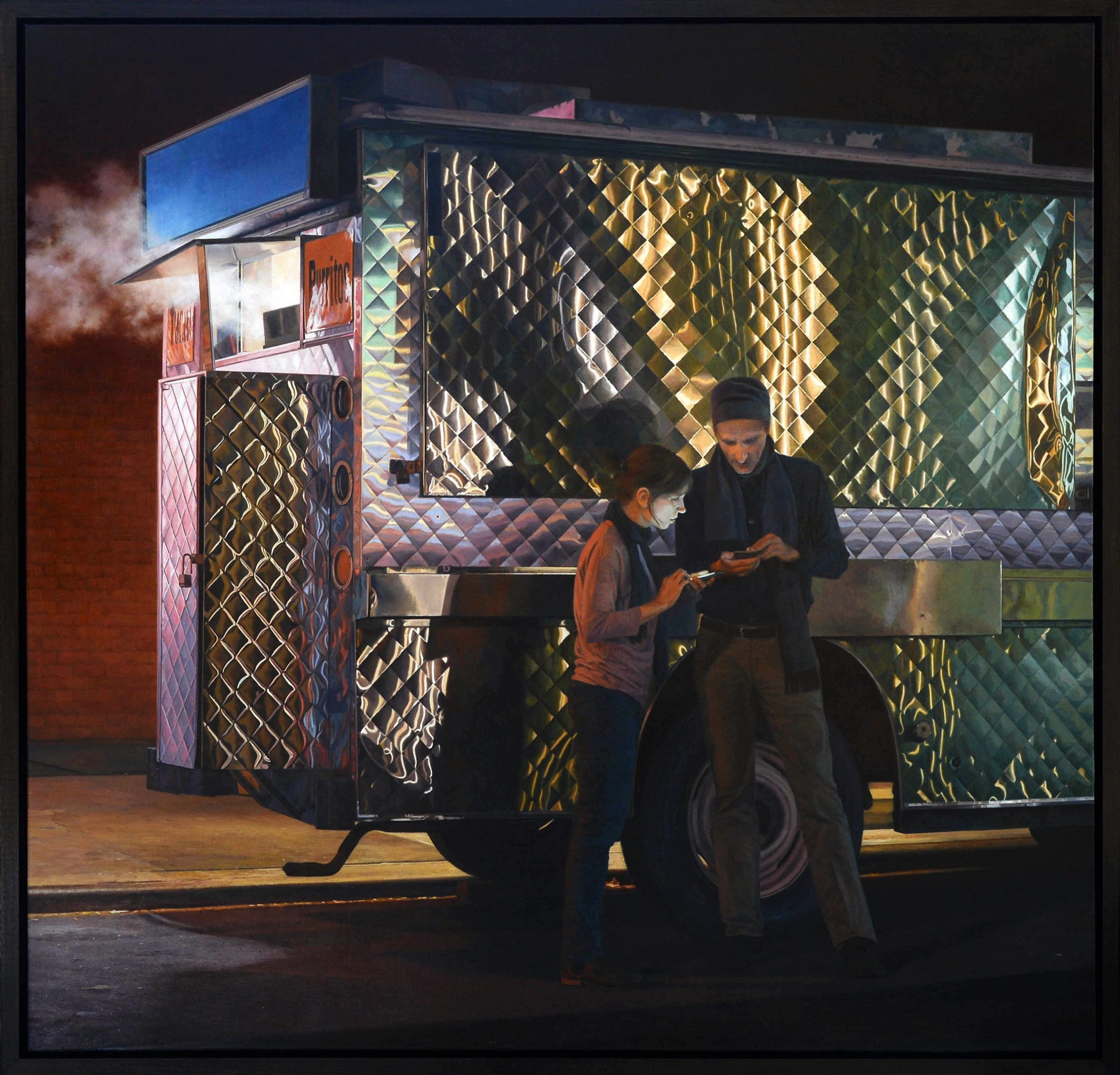 Fox was born in 1957 in Richmond, where he received his Bachelor of Fine Arts from Virginia Commonwealth University (1980). He completed his Master of Fine Arts at the Maryland Institute College of Art (1997) and later moved to Brooklyn, where he currently resides. He has exhibited at Arcadia Contemporary, O.K. Harris Works of Art, both, New York, NY; Galerie de Bellefeuille, Montreal, QC; Tucson Musuem of Art, AZ; Posco Gallery, Seoul, SK; Virginia Museum of Fine Arts, Richmond, VA, among others. His work is included in several permanent collections such as CSX Corporation, Ethyl Corporation, Virginia State Bar, and the University of Virginia School of Law.