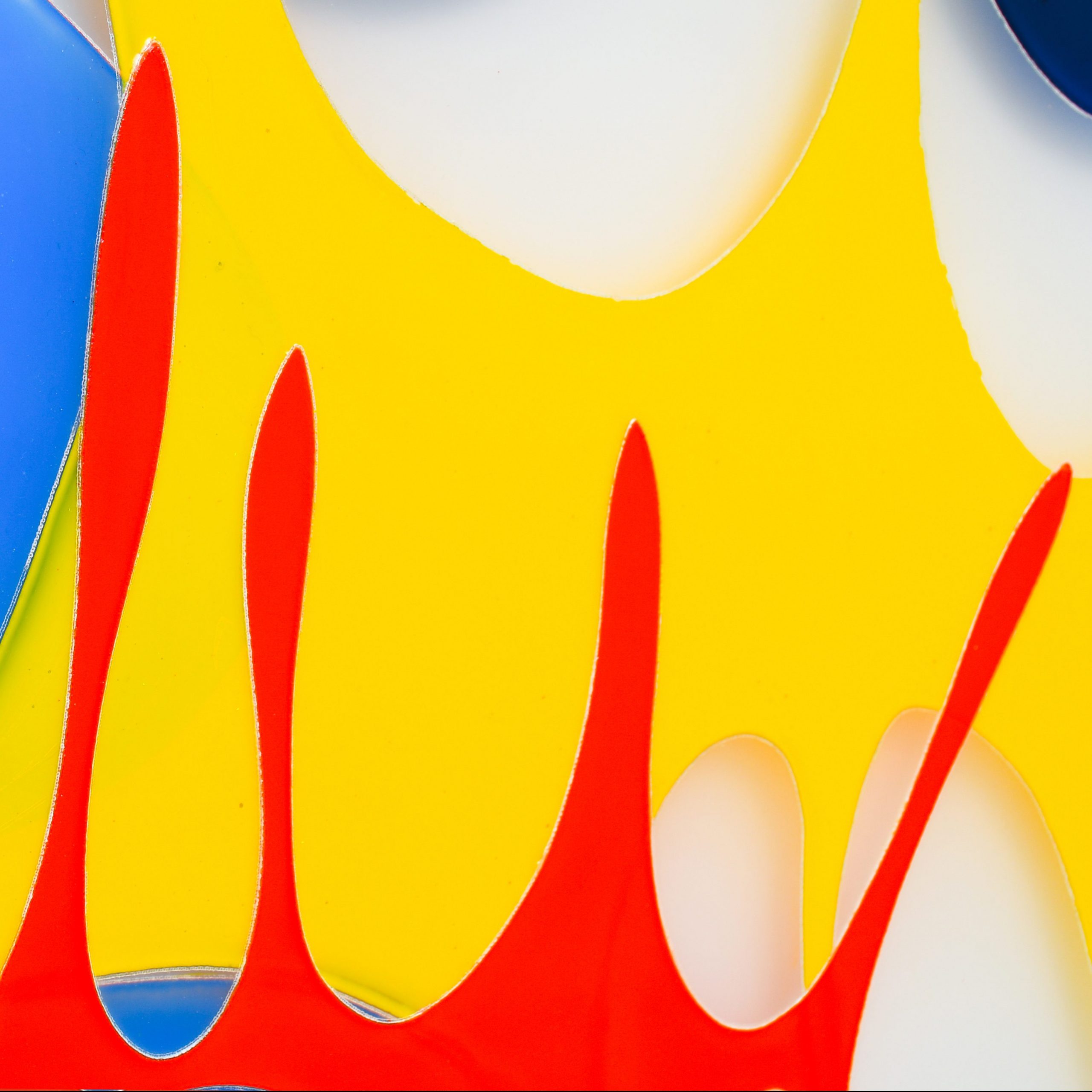 In Distorted Horizons, Johnson presents a new series of plexiglass paintings which he covers with layers of pigmented polyurethane to create boldly colored and loosely geometric compositions.  His intuitive paint application transforms the thick sheets of Plexiglas, implicating colors as light and shapes as landscapes. This is Johnson’s sixth solo exhibition at the gallery.

Johnson was born in Columbus, Ohio where he later received his BFA from Ohio State University. He now lives in Richmond and works as an Associate Professor of Painting and Printmaking at VCUarts, where he received his MFA in Painting and Printmaking (2003). He is the recipient of the Pollock-Krasner Award, the Ucross Foundation Residency, Clearmont, Wyoming, and the Cite International des Arts Paris, France residency.