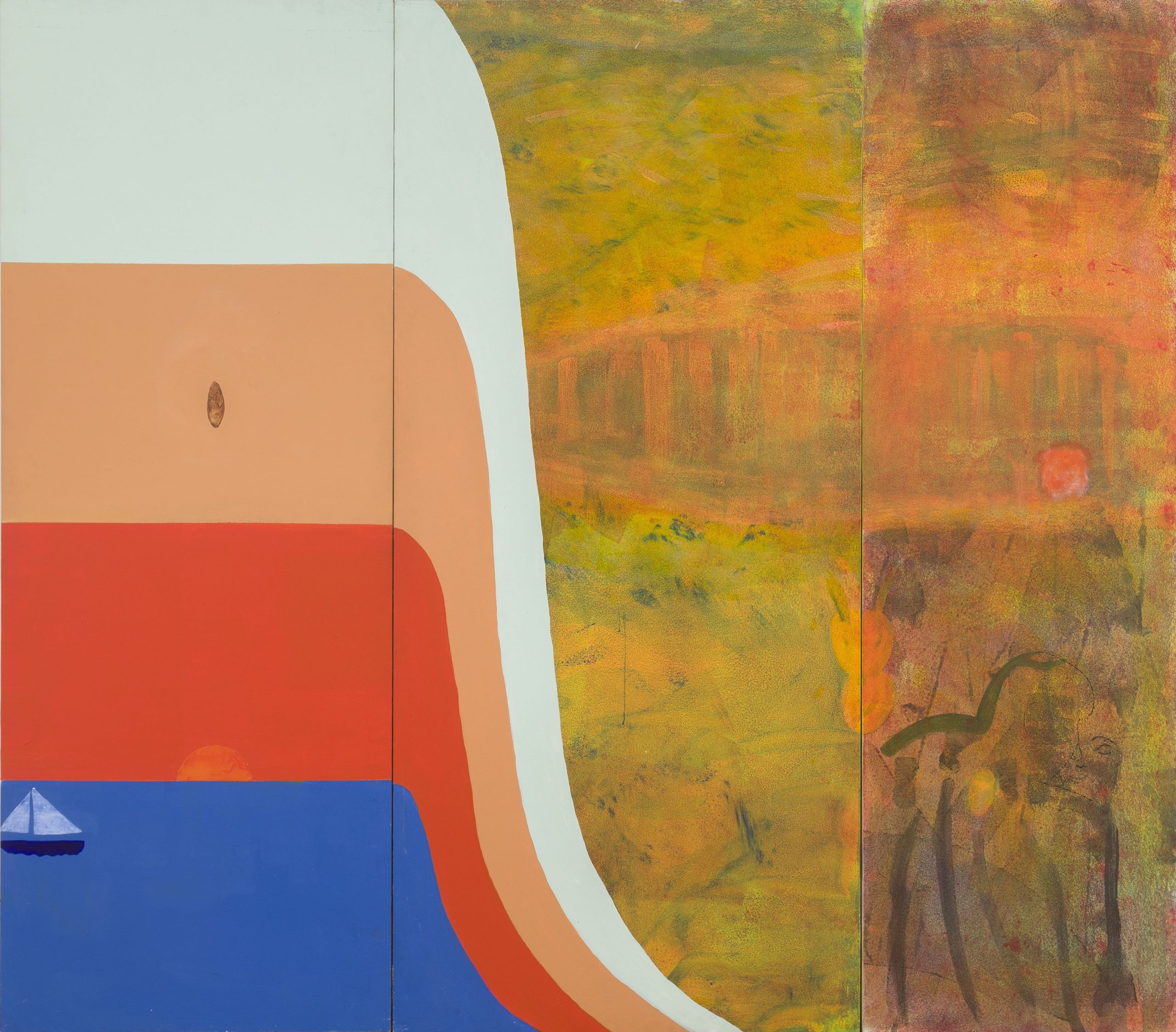 Donato: Fresh will be the first retrospective show of Gerald Donato’s work since his passing in 2010. The exhibition is curated by Paul Monroe,
a retired Richmond physician and extensive art collector who became Donato’s close friend through their art trips to New York, fostering a
similar love for adventure and knowledge. Interested in the subtle transformation in Donato’s early to late work, Monroe distinguishes this
transition by curating one side of the gallery to exhibit more figurative pieces from the 1980s, and the other side to show more abstract work from
the 1990s-early 2000s. The show flaunts Donato’s painted world of funky, character-filled scenes, and his use of unconventional
methods like house paint, door frames, and cut-out canvases.

Donato: Fresh opens with a reception on Friday, April 21 from 7 – 9 pm, and will run until May 26, 2017. The show benefits the VCU School
of the Arts Donato Prize in Sculpture and Painting. A catalogue featuring essays by Paul Monroe, Richard Roth, and Rachel Monroe, will be
published in tandem with the exhibition.