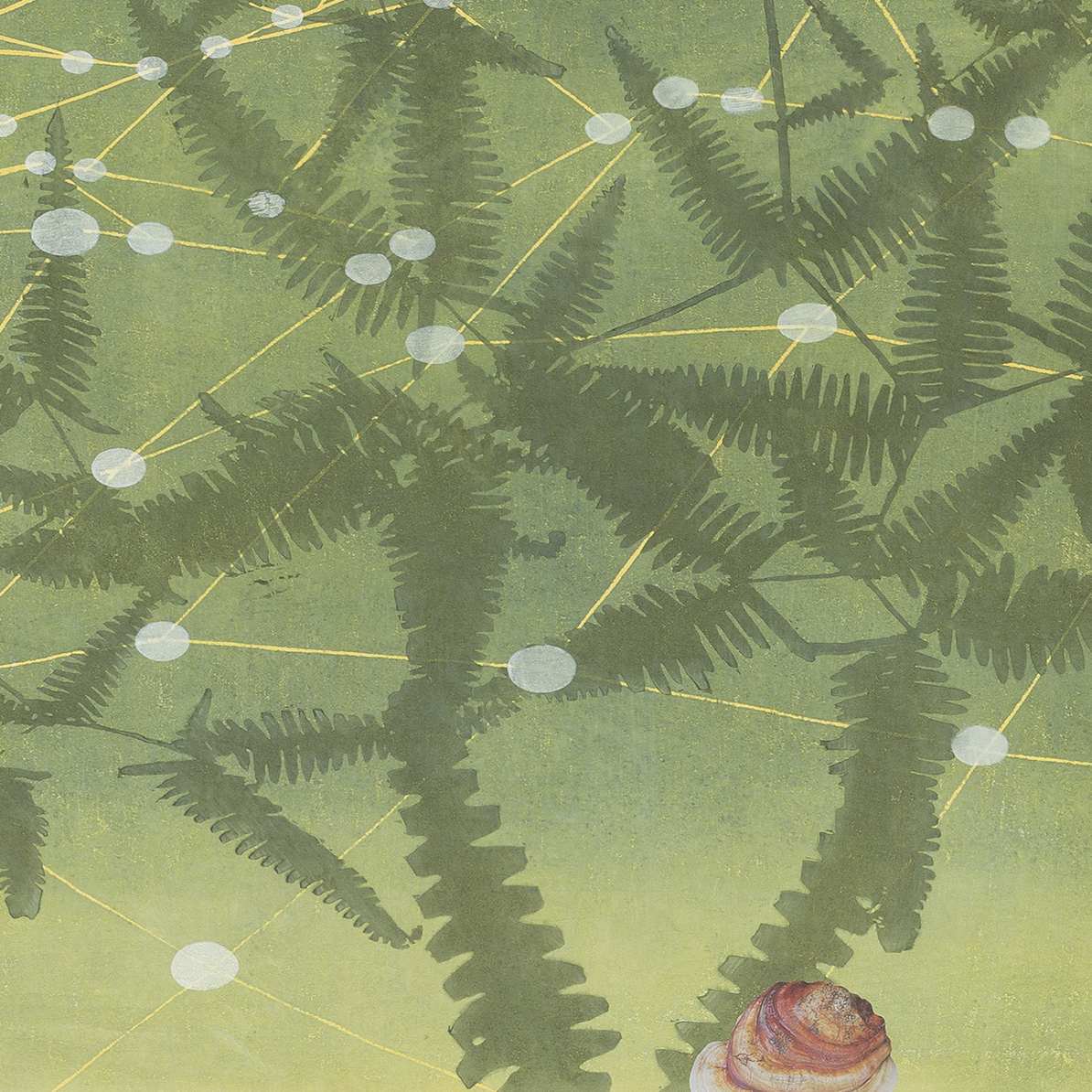 Tanja Softić explores questions of communication, migration, and cultural identity in her paintings and mixed media work on paper. She was born in Sarajevo, Bosnia and later moved to America, spurring an investigation of personal and global belonging within her work. Interweaving imagery of telephone lines, birds, and disjointed lanscapes, her collaged work is reminiscent of a subtle map. The abstracted scenes simultaneously partition and overlap each other in a frenzy of web-like lines, creating a visually delicate and emotionally jarring atmosphere. Softić acts as a master artist and informer, with works which can be read as visual poems as elements within inform subsequent works.

Tanja Softić lives and works in Richmond, Virginia, where she is a Professor of Art at the University of Richmond. Born in Yugoslavia (now Bosnia and Herzegovina), Softić attended the Academy of Fine Arts of the University of Sarajevo and earned her MFA in Printmaking from Old Dominion University in Norfolk, Virginia (1988, 1992). She is a recipient of the Pollock-Krasner Grant, National Endowment for the Arts/ Southern Arts Federation Visual Artist Fellowship and Soros Foundation—Open Society Institute Exhibition Support Grant.  She participated in 12th International Print Triennial in Cracow, Poland and won a First Prize at the the 5th Kochi International Triennial Exhibition of Prints, Ino-cho Paper Museum in Kochi, Japan in 2002. She completed print projects at Flying Horse Press, Tamarind Institute and Anderson Ranch’s Patton Print Studio. Her work is held in numerous private and public collections, including the Art Gallery of New South Wales, Sydney, Austria; the Ino-Cho Paper Museum in Kochi, Japan; the Library of Congress, Washington, D.C., and the Virginia Museum of Fine Arts, Richmond, Virginia.