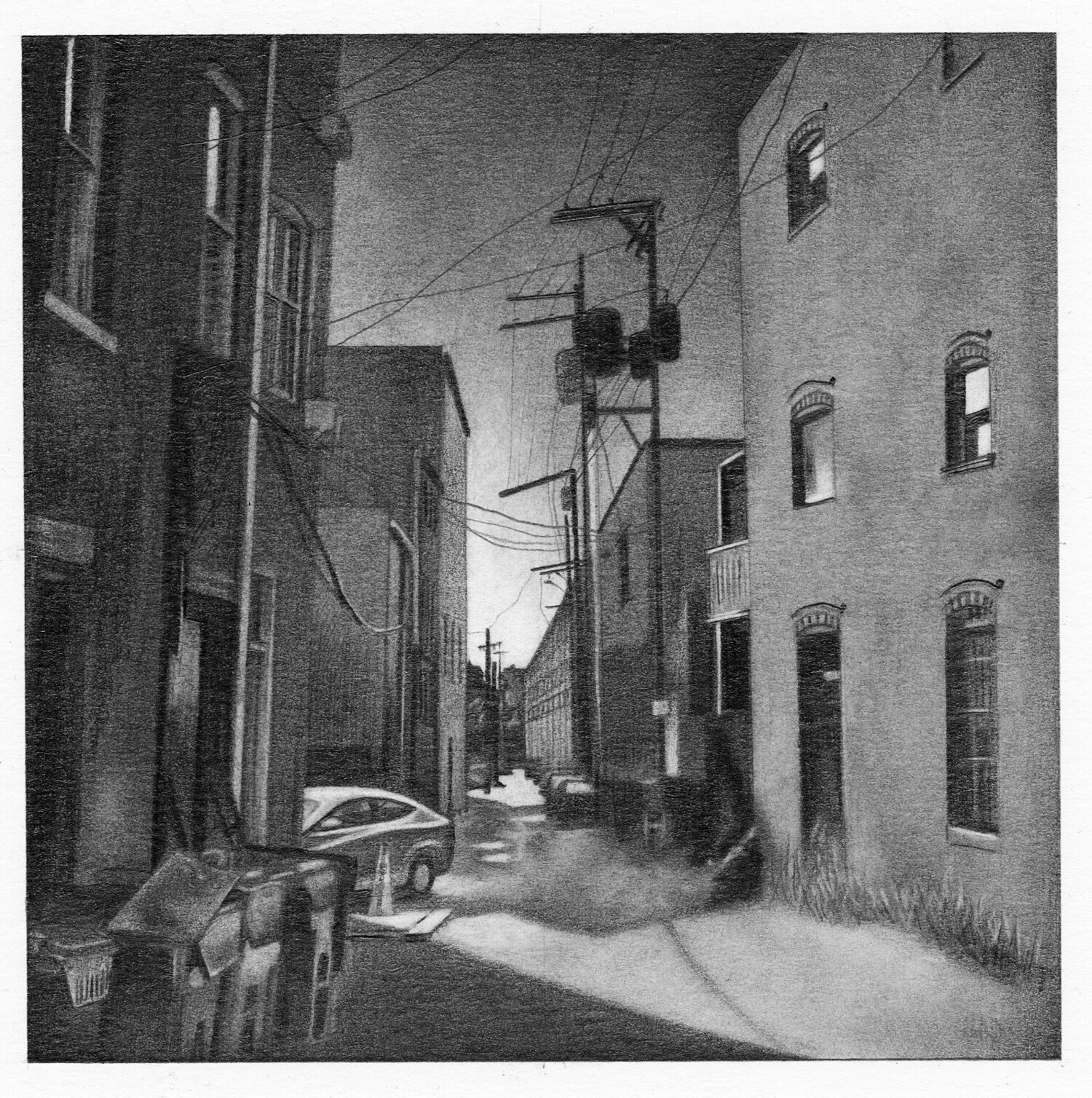 Sylvio Lynch III creates hyperrealistic graphite drawings of alleyways, crumpled paper, telephone poles, and other familiar scenes. Though varied in subject, each of Lynch’s compositions is unified by their small size, square, clean cropping and a balance of extreme detail and a soft background, much like a camera lens setting up it’s ideal frame. His cityscape work depicts scenes from all over Richmond, including Manchester, Scotts Addition, the Fan, and some from the Northside and Southside. Explaining his subject choice, Lynch states, “I’m interested in scenes that are absent from the celebrated, and absent from that which we intuitively glamorize. I’m fascinated by the somewhat mundane spaces and places because these are the ones we all inhabit the most.”

Lynch was born in Richmond, Virginia where he currently lives and works. He received his BS from Winthrop University in 2001, completed graduate coursework in Architecture at UNC-Charlotte and North Carolina State University, received his graduate certificate in Public History from Bowling Green State University, where he recently completed his Doctor of Philosophy. He was commissioned by Hotel Trundle and POND Interiors to create work for the hotel in Columbia, SC. He also illustrated three children’s books by Ashlye Rumph-Geddis: Tori Finds Colors All Around (2010), Tori Explores South Carolina (2012), Tori Visits the Farm: Counting 1-10 (2018).