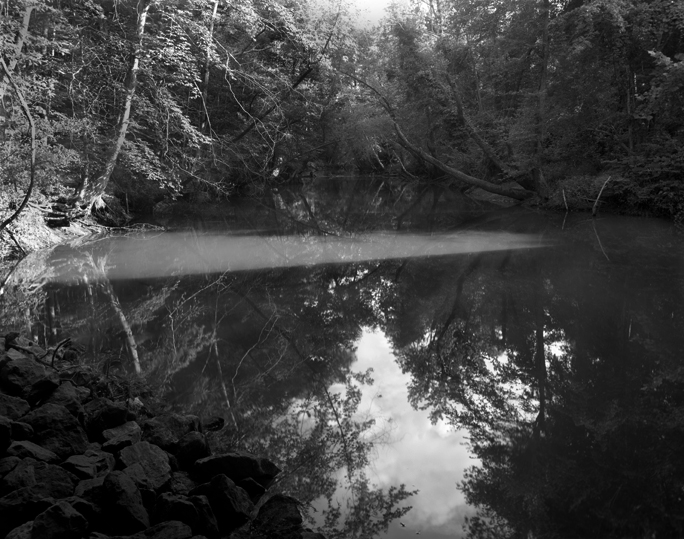 Sally Mann’s importance as a photographer, contemporary artist, and Southern cultural icon cannot be overstated. Since publishing her first books of photography in the 1980’s, she has been a pioneer in the national and international contemporary art scene. She fiercely produces art that challenges the role of photography in contemporary art, relying on antique film processes to compose reflective, eerie images. Her work ties back to her life in the South, photographing scenes of Virginia, Georgia, and Mississippi with an intensely poetic, nuanced touch. Mann was born in Lexington, Virginia in 1951 and earned her Bachelor of Arts and Master of Arts in Writing from Hollins College (1974, 1975). She has held major solo museum exhibitions including Sally Mann: The Flesh and the Spirit at the Virginia Museum of Fine Arts (2010); Sally Mann: What Remains at the Corcoran Art Gallery, Washington, DC (2004); and Sally Mann: The Family and the Land which traveled throughout Europe to the Royal Library, Copenhagen, Denmark, and Stenersen Museum, Oslo, Norway (2007-2008). Her 2015 memoir, Hold Still, is a National Book Award Finalist and NY Times Bestseller and won the Andrew Carnegie Medal for Excellence in Nonfiction. She has been awarded a National Endowment for the Arts fellowships, National Endowment for the Humanities Grant, Guggenheim Foundation grants, and additional significant recognitions. She is represented by Gagosian Gallery, New York and currently resides in Virginia.