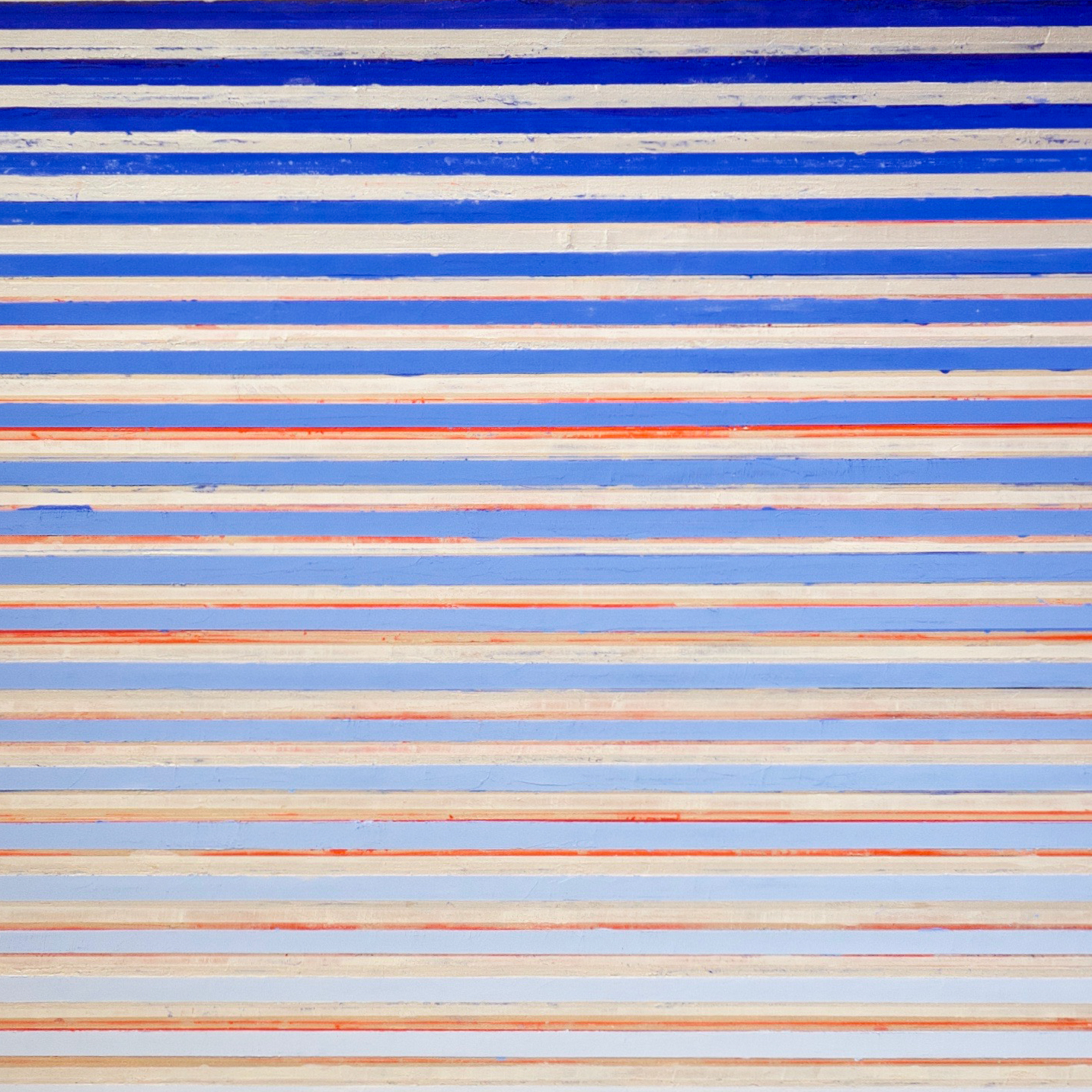 Robert Stuart’s glowing paintings and works on paper engage in the mysterious qualities of light. Inspired by both natural and man-made sources, strips of paint become metaphors for beams of sunlight or neon sculptures. Carefully building rich layers of oil and wax, he juxtaposes inky bands of color against subtly iridescent grounds. Stuart’s paintings hum with atmosphere and evanescence, yet are grounded in clear compositions and tactile materiality. He states, “At times there have been particular correspondences in the natural, phenomenal, physical world to what I hope for in a painting. One such time was when I was walking in the loft space of our big, old, barn. Early morning sunlight was flooding the interior below. As I glanced down, the light was bursting through thin slits between the floorboards, making brilliant crevices of light—a metaphor, perhaps, for some sort of transcendent, otherworldly, awakening.”

Stuart received his Bachelor of Fine Arts from Boston University and his Master of Fine Arts from James Madison University (1977, 1984). A nationally exhibiting artist, he has received numerous awards and honors including the prestigious Academy Award in Art from the American Academy of Arts and Letters, New York (2004). Stuart currently lives and works in Staunton, Virginia.