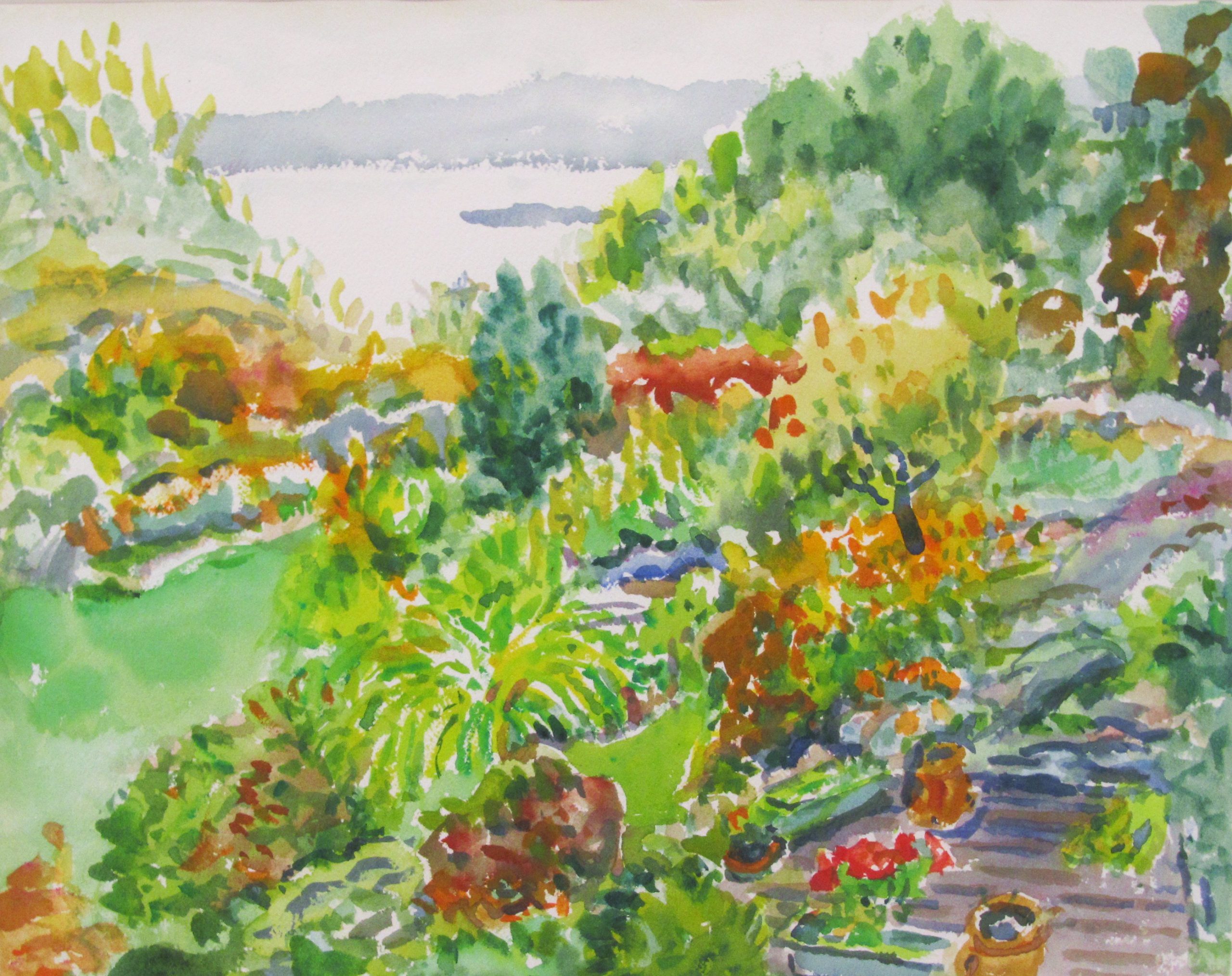 Blaine was foremost an abstract painter, first a student of Theresa Pollak at the Richmond Professional Institute (now VCU), and later moving to New York in the 1940s to learn under Hans Hofmann. She immersed herself in the post-World War II New York art scene, which embraced color and gesture through Abstract Expressionism. The acute sense of hue, shape, and line apparent in her oil paintings originate in part from her early stages of art making, characteristically unabashed and intuitive. Instinct carried Blaine through her work; in 1959 at the age of 37, she contracted bulbar-spinal polio which paralyzed her from the waist down, forcing her to relearn how to paint. She began painting in oils with her left hand, adding a genuine looseness and determination. This persistence seeped into each scene as Blaine transitioned to a representative style, her hand capturing parks and rivers outside her Gloucester, Massachusetts home, her Upper West Side apartment in New York, and floral studies neatly arranged in her kitchen. Poetic, lyrical, and charmingly clever, Blaine’s oil and ink compositions lure in viewers as their luminous quality carries through to present day.

Blaine was born in 1922 in Richmond, VA. In her lifetime, she exhibited at major galleries including Tibor de Nagy, Jane Street Gallery, and Fischbach, all, New York, NY; Virginia Museum of Fine Arts, Richmond, VA; Art Institute of Chicago, IL, among others. She received a National Endowment for the Arts Grant and a Guggenheim Memorial Foundation Fellowship. Blaine passed away in 1996 at the age of 74.