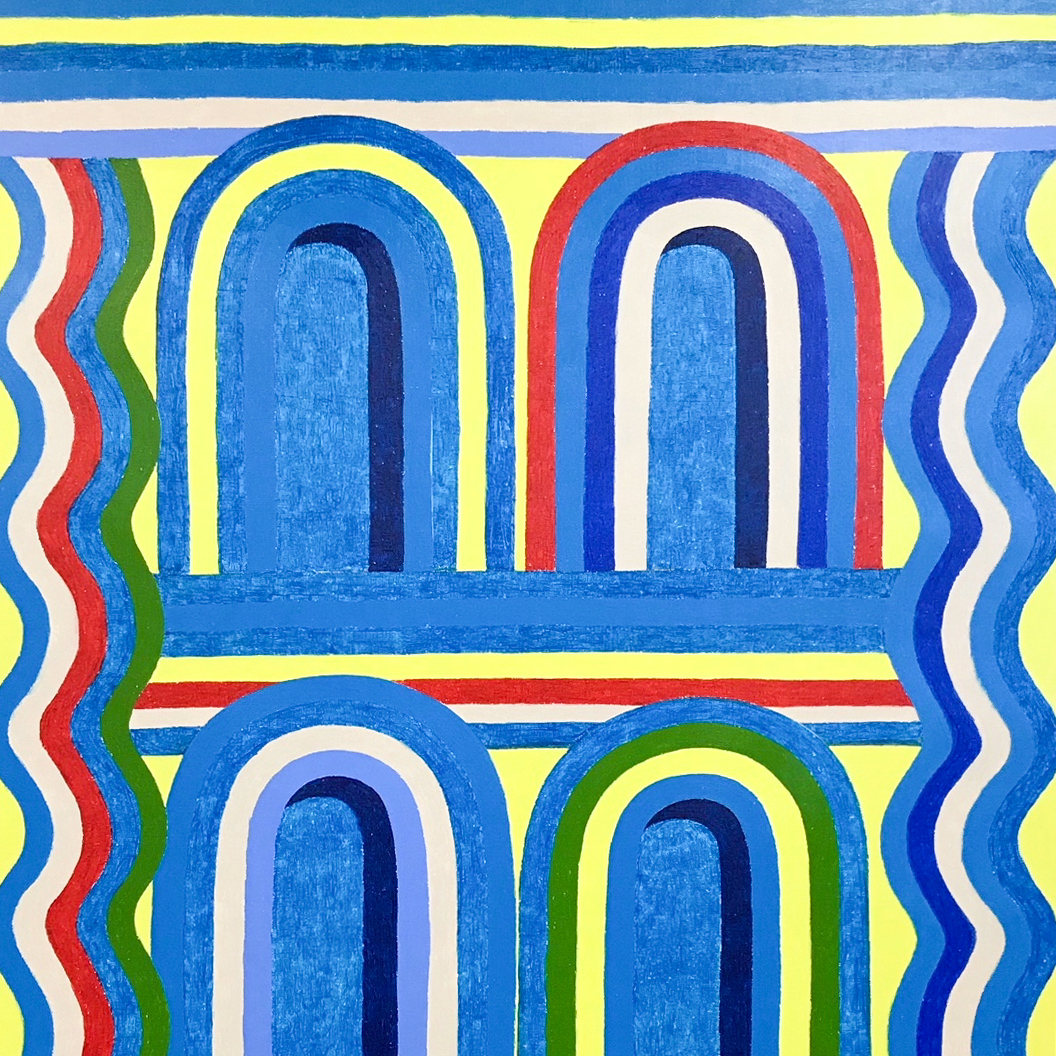 In Matt Kleberg’s works, dense, chromatic bands of oil stick and pen seem to parody the empty stages, facades, and porticos that are portrayed. His compositions are thus about both the density (and intensity) with which Kleberg applies pigment and the representation of space. As Kleberg explains, “anything can spark an idea for a painting, but recently it’s been little architectural moments encountered around my neighborhood in Brooklyn that have fueled new things in the studio.” Kleberg received his BA in Studio Art from the University of Virginia (2008) and his MFA from Pratt Institute (2015). He has exhibited at Mulherin, Schema Projects, and Morgan Lehman Gallery, all in New York; Johansson Projects, California; and in Texas, Hiram Butler Gallery and the San Antonio Museum of Art. His work is included in the San Antonio Museum of Art, the Williams College Museum of Art, and the Museum of Fine Arts Houston. Kleberg lives and works in Brooklyn, NY