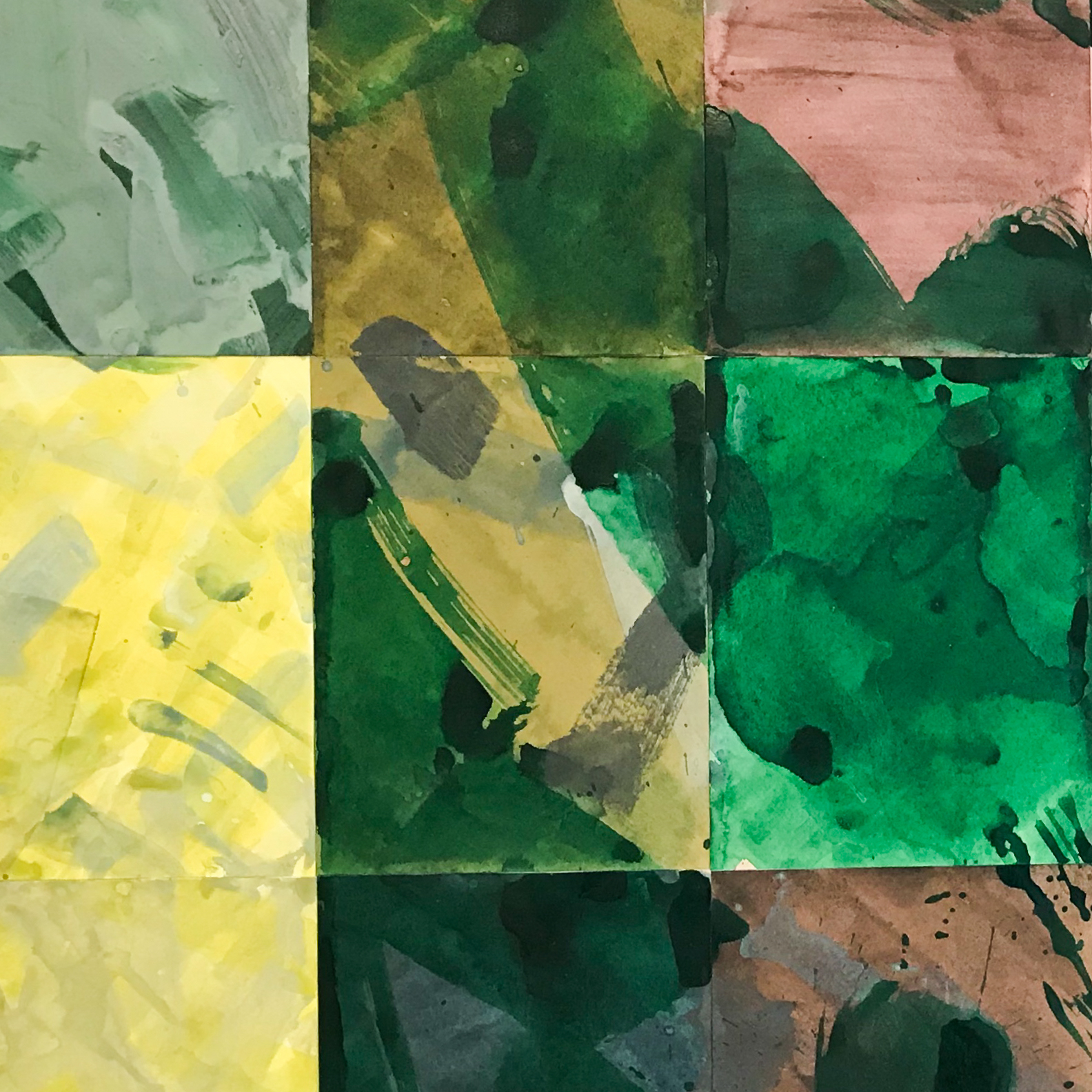 Born in 1957 in Lima, Peru, Javier Tapia grew up in a tumultuous period as guerrilla warfare dominated political and social movements throughout the country. He moved to the United States in the 1980s, having witnessed the many binaries of humanity: good and evil, intellectual and primal, connection and detachment. His work explores how these opposites manifest in life; abstract shapes and broad strokes become metaphors for chaos and control, or structure and disorder. Much like traditional Peruvian weaving, Tapia overlaps, subtracts, and reworks layers of watercolor, creating dynamic compositions which emanate physicality. We recognize the work as energetic, on the brink of chaos, yet ordered within the constraints of the paper.

Tapia earned his Bachelor of Fine Arts and Master of Fine Arts from the University of Texas at Austin (1984, 1987). He has exhibited at the Embassy of Peru Art Gallery, Washington, DC; Museo de Osma, Barranco, Peru; Bloom Gallery, Milan, Italy; Hunt Gallery at Mary Baldwin College, Staunton, VA; 1708 Gallery, and the Anderson Gallery, both, Richmond, VA. He is a recipient of the Theresa Pollak Prize for Excellence in the Arts (2010). He currently lives in Richmond, VA and works in Virginia Commonwealth University’s Department of Painting and Printmaking, where he has taught since 1988.