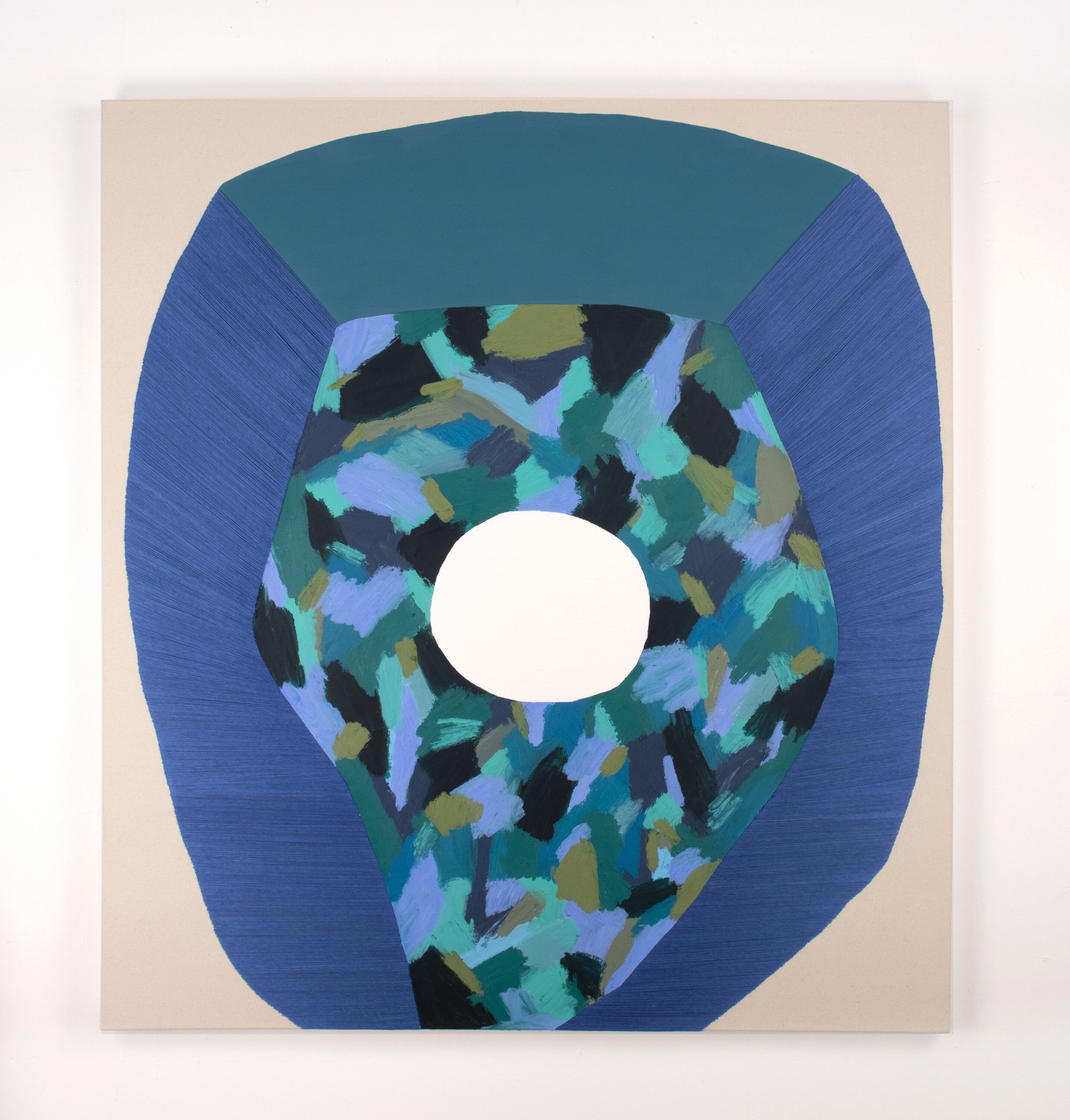 In her mixed media paintings and works on paper, Valdez adeptly plays formal, high art abstraction against craft-oriented methods that have historically been marked as women’s work. She uses myriad materials, including hand-dyed fabric, commercially sourced fabric, collaged oil stick on paper, and thread, and engages them with techniques such as painting, drawing, quilting and embroidery. The quilted sections of her paintings are sewn into the body of the canvas – as if she is patching a hole – and stretched, bordered by blocks of highly pigmented acrylic paint. This physical and metaphorical integration of modernist abstraction (typically associated with a distinct American, mid-century machismo) with handcrafts that speak of domestication and decoration is both a conscious, conceptual choice, and a functional way for the artist to push her work beyond binary definitions of painting versus textile. She fuses the approaches seamlessly, and in doing so, she stakes out her place among feminist painters and textile artists alike.

Valdez lives and works in New York, NY. She received her BFA from the School of the Art Institute of Chicago and MFA from Hunter College in New York. She has held solo shows across the US and internationally including Rattle Around at Koki Fine Arts in Tokyo, Japan, Piecework at the Heckscher Museum of Art in Huntington, NY, several solo shows with Denny Dimin in New York, and Hot Bed at Dotfiftyone in Miami. She is the recipient of a residency at the New Roots Foundation in Antigua, Guatemala; several Joan Mitchell Foundation residencies in New Orleans; and has traveled on residencies to the MacDowell Colony in Peterborough, New Hampshire and Yaddo in Saratoga Springs, New York, among others.