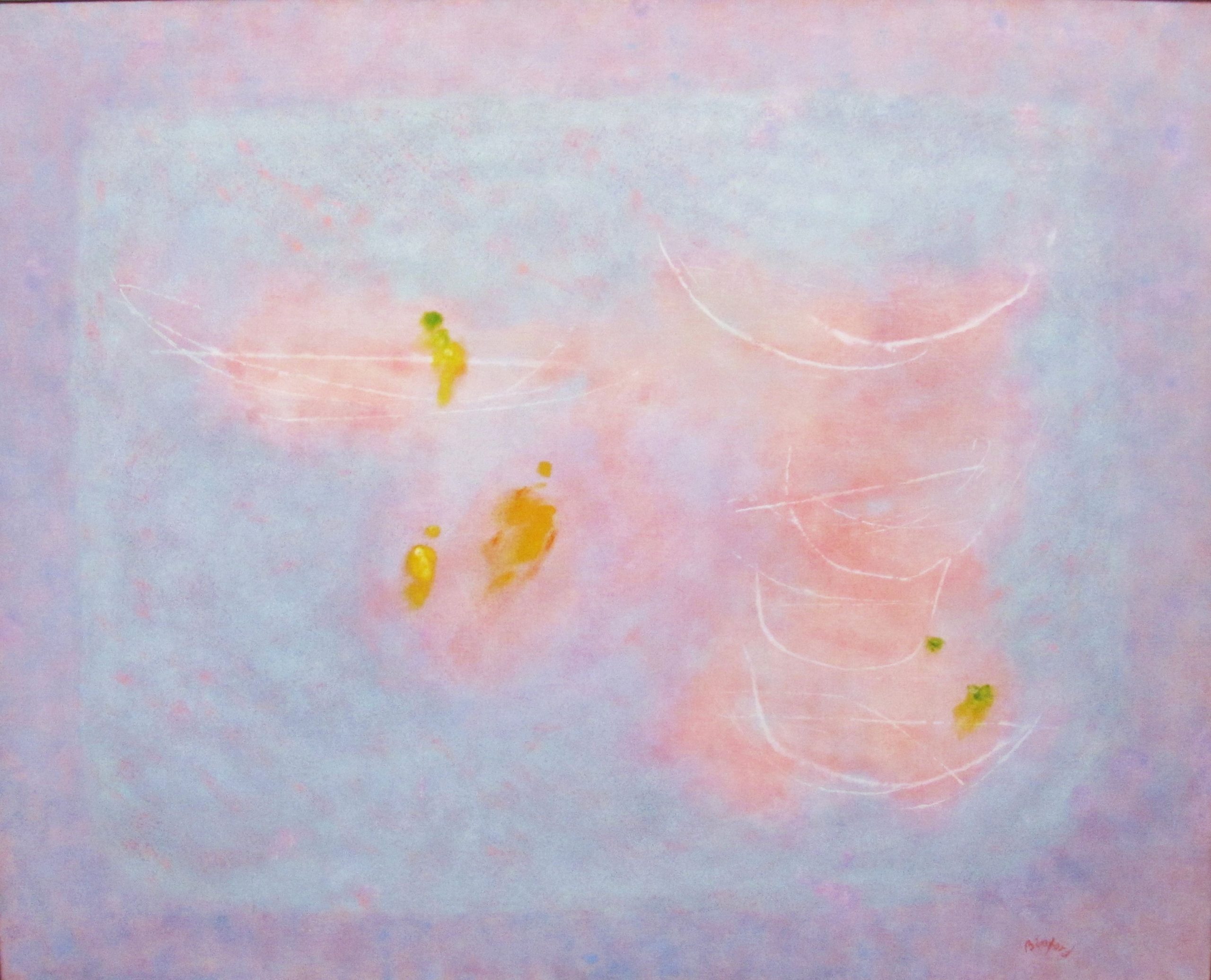 Julien Binford was born in Powhatan County, Virginia in 1908, and later travelled to study at the Art Institute of Chicago and schools in Paris and Spain in the 1930s. He returned to the United States where he was commissioned to paint murals in southern post offices and public buildings as part of Franklin D. Roosevelt’s New Deal Programs.  Further, during World War II he was commissioned by Life Magazine to depict the wartime happenings in the New York Harbor. Over his lengthy career, he mastered both representative and abstract portrayals of everyday scenes and objects. Exploring several mediums including oil, ink, pastel, and gouache, his sense of material evokes a tactile nature within the work. Pastels smudge into faces and forms, and egg tempura washes over geometric abstractions, conveying transparency through soft yet intentional strokes.

He was a professor of painting at Mary Washington College for 25 years, and many of his works are in the Mary Washington University Galleries’ permanent collection.  His work has also been exhibited at the Art Institute of Chicago, the Carnegie Institute, the Corcoran Gallery, Pennsylvania Academy of Fine Arts, and the Whitney Museum of American Art. Binford passed away in 1997.

Past Exhibitions
Hot Fun in the Summertime
Summer Solstice