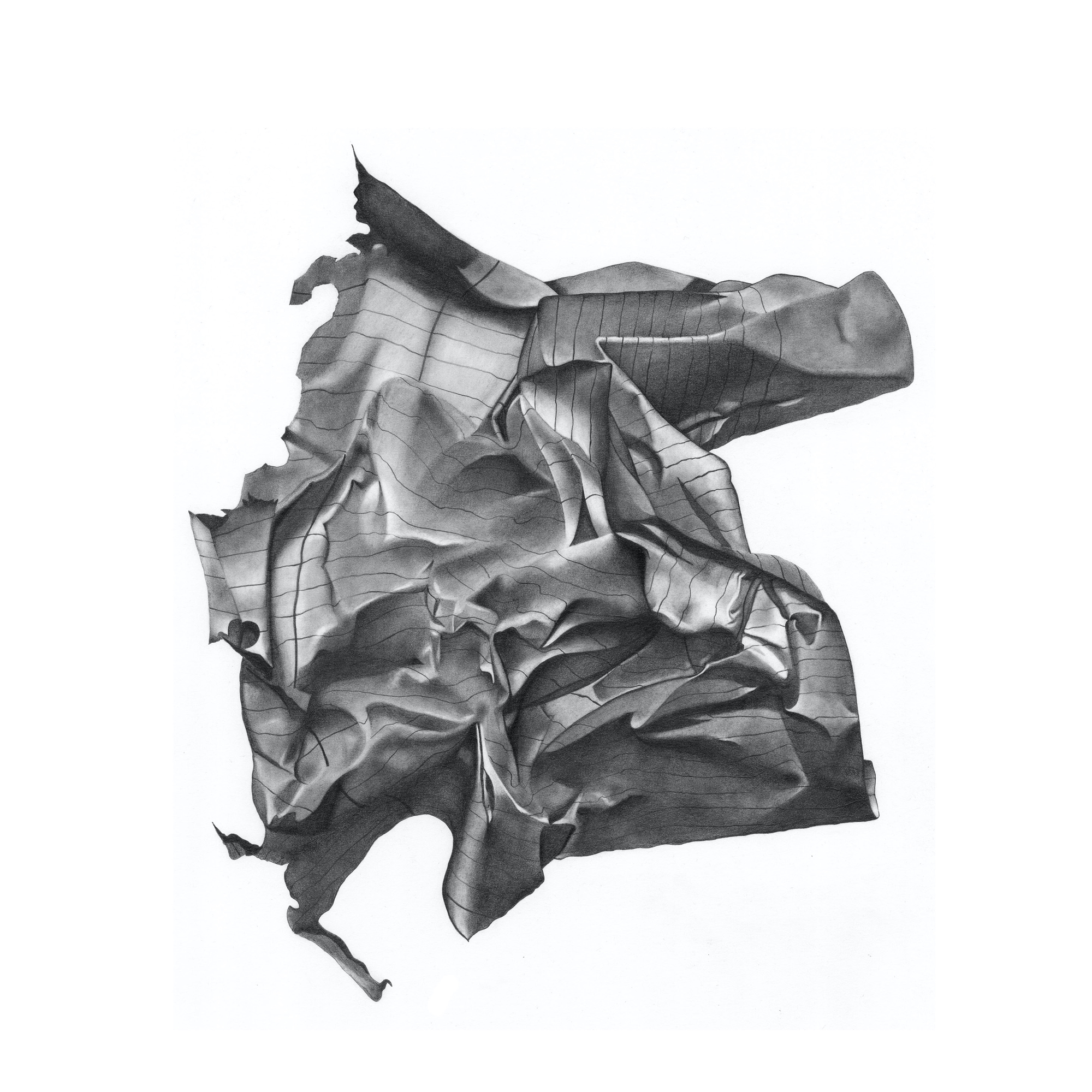 “I create art, or scribble on paper because that’s what I have always done. I am also fascinated by the idea of engaging the everyday object, portrait or setting and trying to identify some sort of decadence through photorealism.” 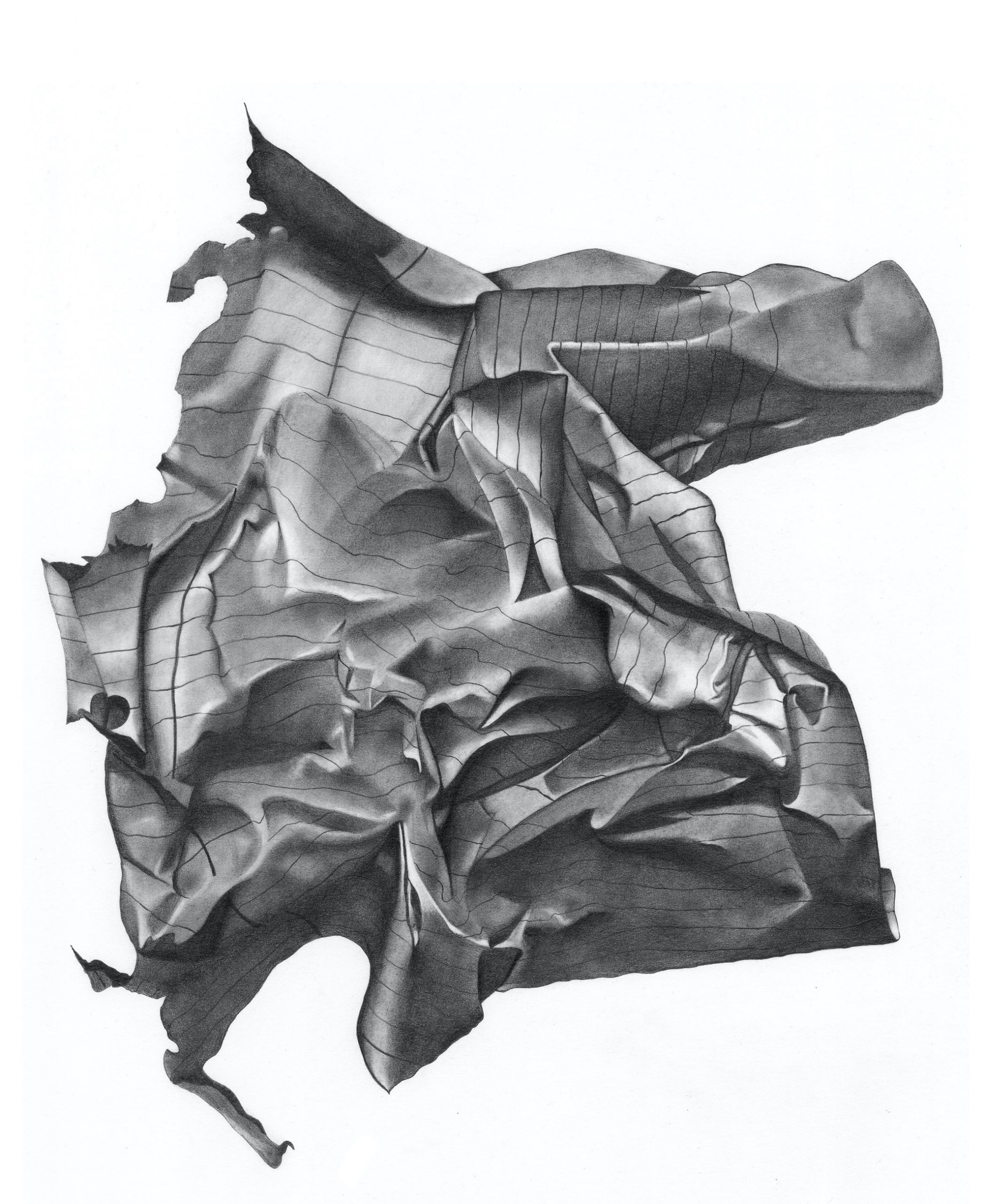 We’re pleased to announce the opening of Drawn Discovery, an exhibition of work by artist Sylvio Lynch III, the 2020 recipient of the gallery’s Launch Project initiative. The Launch Project spotlights the work of one Richmond contemporary artist who was selected from the community after an open call for submissions. This program provides an opportunity to a young, emerging artist practicing outside of the traditional gallery structure by hosting an exhibition of their work in the upstairs galleries. Drawn Discovery opens on Friday, November 13 with an all-day reception from 10am – 5pm and remains on view through December 23, 2020. 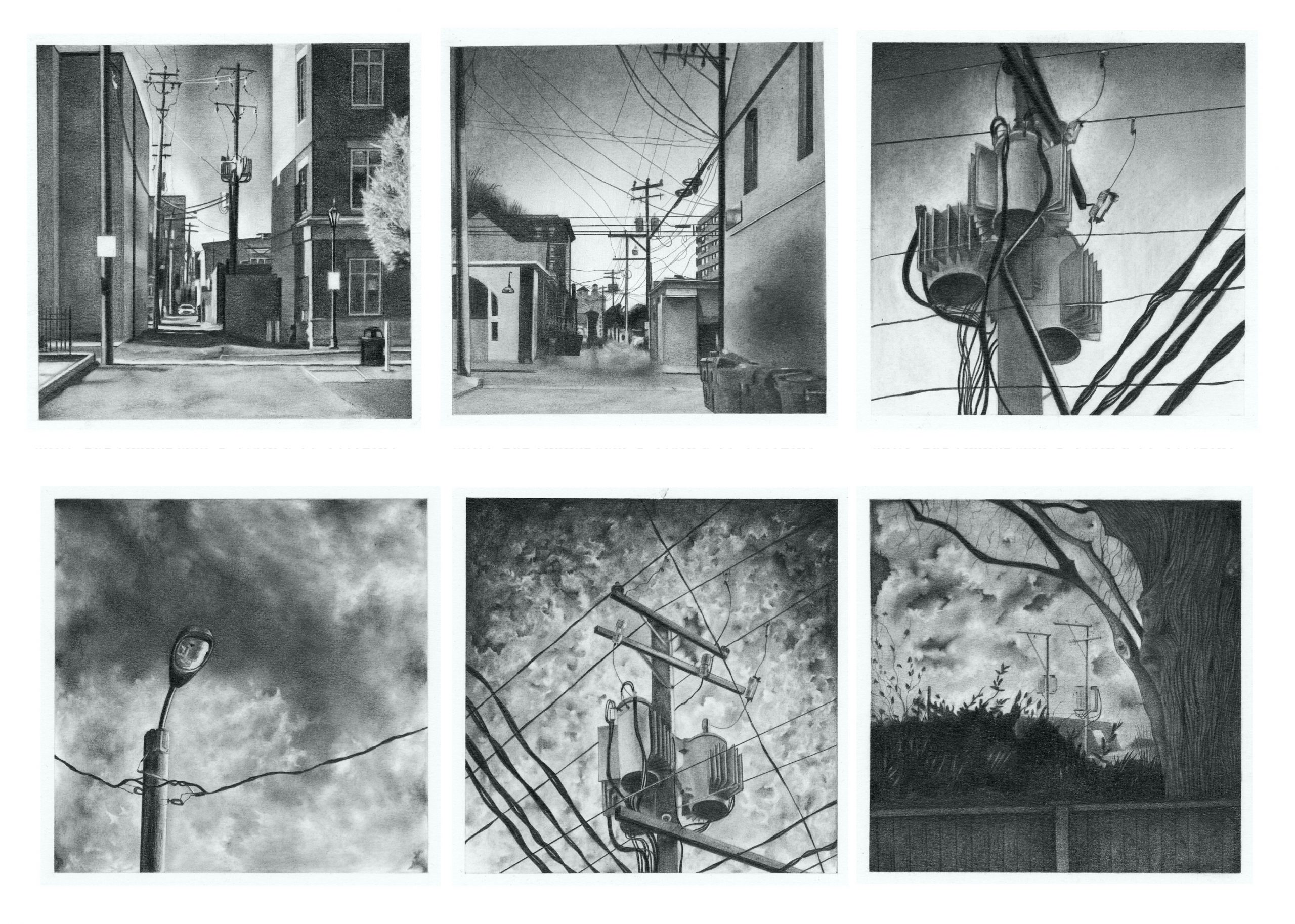 In this exhibition, Lynch focuses on two bodies of graphite drawings: his paper series, capturing crumpled lined paper, and his city series, depicting various urban scenes. Though different in subject, each is unified by their hyperrealist style and small composition. Further contributing to the drawings’ photo-realism, his compositions are squarely cropped and balanced, almost like a camera lens finding it’s ideal frame.

When asked about the crumpled paper series, Lynch states: “The paper series began after…thinking of those intermittent points in life, something perhaps relevant to everyone’s experience this year. I thought of the moment romanticized in film and television when a frustrated writer sits at a typewriter. The writer gives up on an idea and discards paper from the typewriter. Then, after re-evaluation, the writer picks up the wrinkled paper and unfolds it with something new to contribute. The notebook paper [in my drawings] symbolizes these ideas of reflection, renewal and perseverance, however significant.”

The idea of reflection continues in his cityscape work, which depicts scenes from all over Richmond, including Manchester, Scotts Addition, the Fan, and some from the Northside and Southside. The artist explains these locations, stating: “I’m interested in scenes that are absent from the celebrated, and absent from that which we intuitively glamorize. I’m fascinated by the somewhat mundane spaces and places because these are the ones we all inhabit the most. The city series began after returning to Richmond after many years. I wanted to jostle with my revisiting familiar spaces and unfamiliar spaces in my ever-changing hometown with new eyes. I wanted to depict sights of the city that are so familiar that they are unnoticed or even invisible.”

Sylvio Lynch III was born in Richmond, Virginia where he currently lives and works. He received his BS from Winthrop University in 2001, completed graduate coursework in Architecture at UNC-Charlotte and North Carolina State University, received his graduate certificate in Public History from Bowling Green State University, where he recently completed his Doctor of Philosophy. He was commissioned by Hotel Trundle and POND Interiors to create work for the hotel in Columbia, SC. He also illustrated three children’s books by Ashlye Rumph-Geddis: Tori Finds Colors All Around (2010), Tori Explores South Carolina (2012), Tori Visits the Farm: Counting 1-10 (2018).