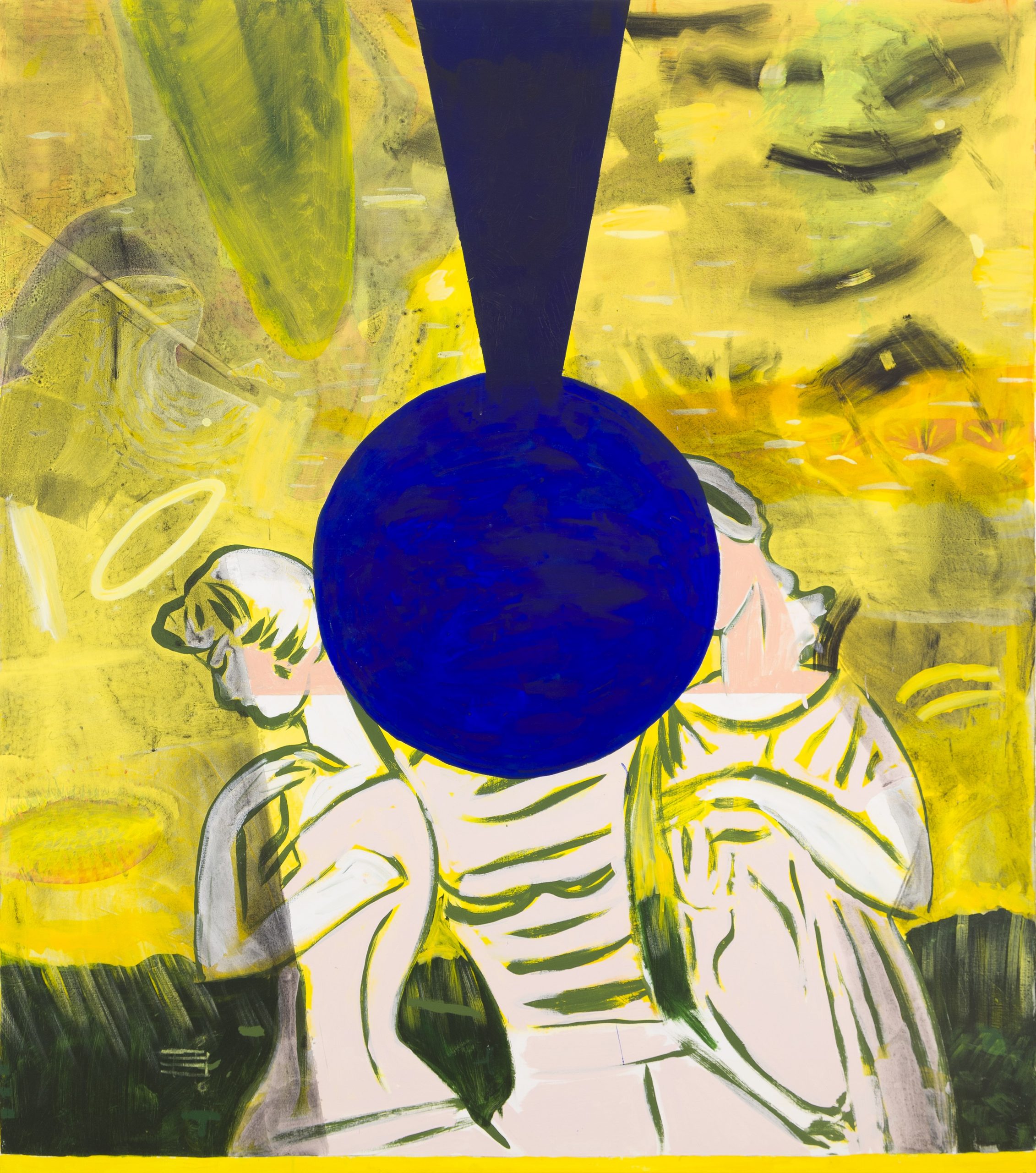 From the treasure house of imagery arises an authenticity within Gerald Donato’s work, amplified by his sense of material and unrestricted by conventional methods. Wooden doors replace canvases, and house paint supplants acrylic as subtle lines of wood grain peer beneath cartoonish scenes. Cut-out canvas exaggerates surface, paralleling shapes and forms within the paintings. The contrast between two- and three-dimensional spaces is reproduced in his imagined characters, ranging from smiling Buddhas, muted nudes, bowties, and wonky figures. The characters dance along the work’s surface: their narratives communicating comedy and wit, laced with implications of race, culture, religion, and alienation. Each piece requires an intense engagement; as we assess each scene, unravelling the complexities of characters and nuanced art references, we undergo a deeper process of inner-reflection. The paintings exist mirror-like; created years ago, they adapt and challenge their current age as relevancy and historical narrative merge.

The Chicago-born artist (1941) received his Master of Arts and Bachelor of Science degrees from Northern Illinois University, and later earned his Master of Fine Arts from the University of Wisconsin-Madison. He was among the core founding teachers of VCUarts (originally known as the Richmond Professional Institute), where he taught for 38 years in the Painting and Printmaking Department. Among many accolades, he received two fellowships from the National Endowment for the Arts and a VMFA Professional Fellowship. He was a founding member of 1708 Gallery, a non-profit contemporary art venue in Richmond, VA. Donato passed away in 2010 in Richmond.