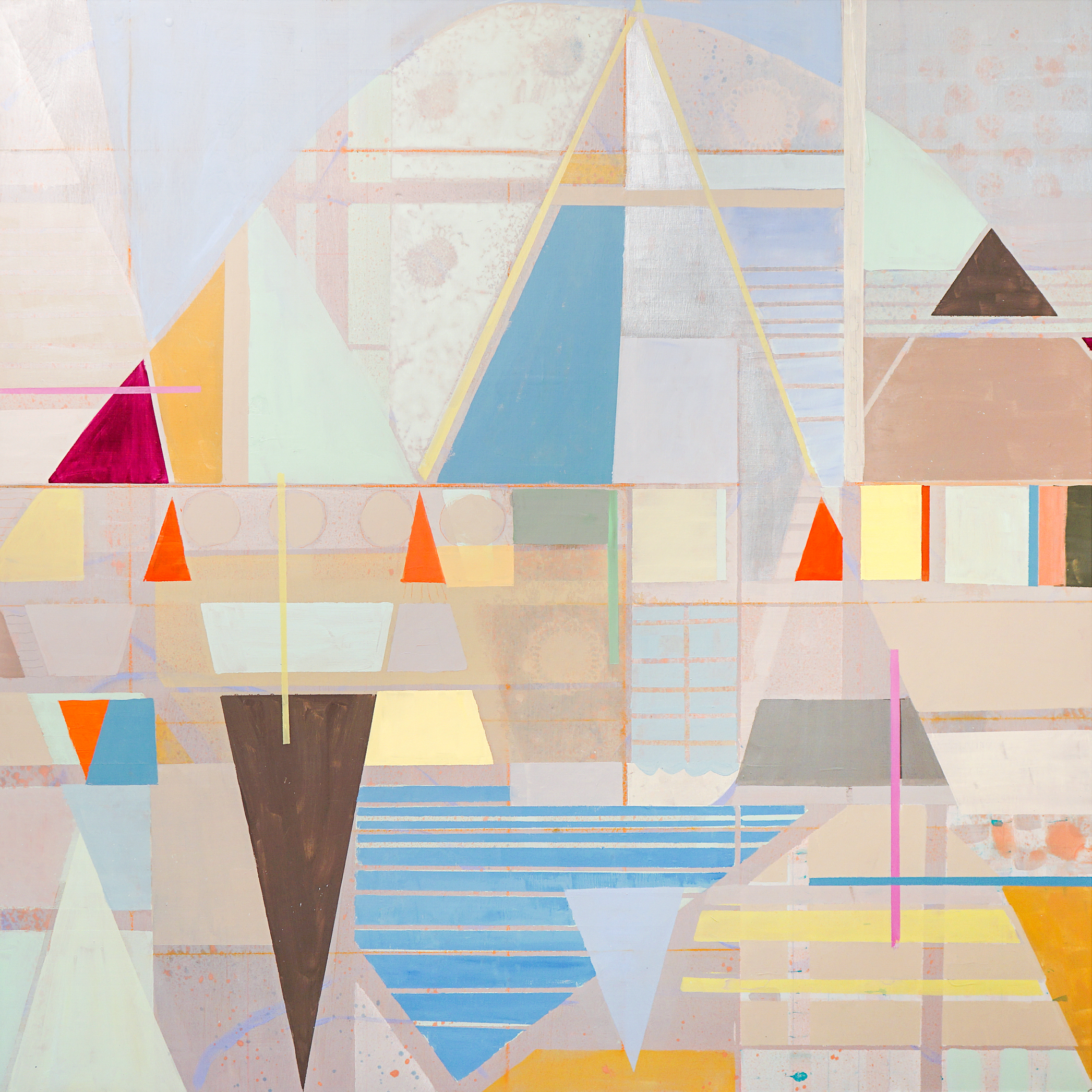 Sally Bowring’s form of abstraction takes its cues equally from color field painting, expressionism, and even impressionism. Her newest works are more fractal and spatially complex than ever. Yet, she allows naturalism to have equal primacy in the forms and lines she chooses. Strolling through Richmond on early morning walks, Bowring exalts spring’s earliest green shoots, summer hydrangea’s orbital color, the path of fall leaves drifting into a pond, and bare winter branches’ spindly geometry. Taking these observations to the studio, she distills them into compositional cues for her paintings. She engrains a lyrical quality into thin applications of acrylic paint, allowing rhythm and form to emerge from each stroke.  Poppy yellow lines and blue bands extend beyond pleasing symmetry, allowing a lively texture to exist within the flat panels. Her work becomes a dynamic force, much like the changing of seasons and the unpredictability of nature.

Bowring is based in Richmond, Virginia, where she is an Instructor of Art at the University of Richmond as well as the Virginia Museum Studio School. She previously held teaching and administrative positions at VCUarts in the Painting and Printmaking Department (1982-2018) and served as Public Art Commissioner for Richmond (2008-2010). Bowring received a Virginia Museum of Fine Art Professional Fellowship and a Theresa Pollak Visual Arts Award (2003-2004), and multiple Virginia Center for the Creative Arts Fellowships, among other accolades. The New York native earned her Bachelor of Arts from Goddard College in Vermont (1978), an Associate’s degree from the Fashion Institute of Technology in New York (1975), and Master of Fine Arts from VCU (1983). Her work is included in the collections of Capital One, First Market Bank, Markel Corporation, Altria Group, Suntrust, and the Medical College of Virginia, all Richmond, VA.