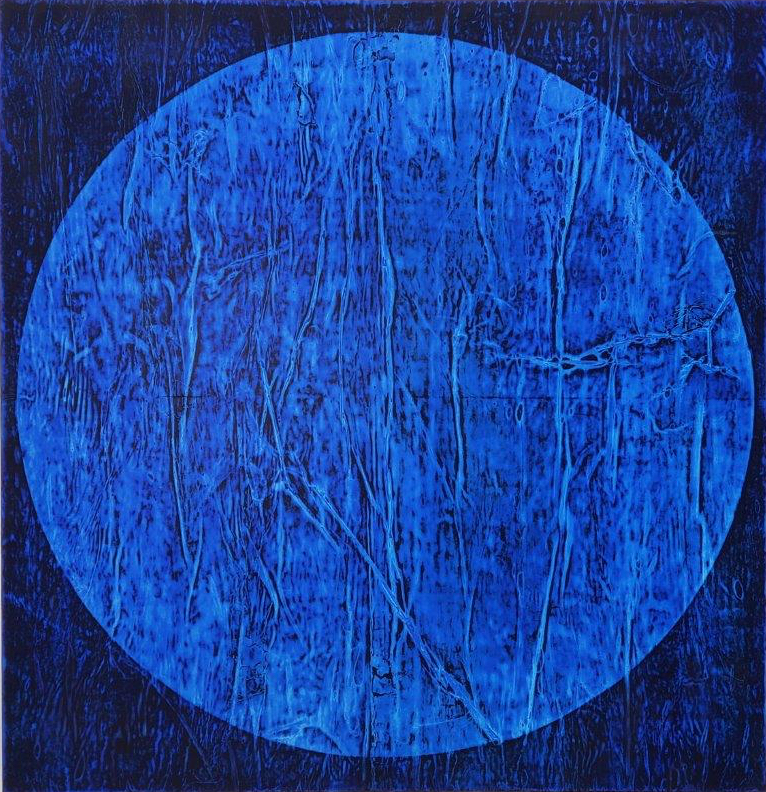 Jason Keith abstracts familiar forms and cultural icons through layers of peeling paint and mass print materials. He plasters newsprint, yellow pages, and movie posters over the canvas, with intermittent oil and acrylic layers, and then sands down the buildup to create variable depth within surface and texture. The old and new blur together as certain forms and text emerge and withdraw from the paintings, communicating a palpable sense of energy. A full-time colorist for Marvel Comics, Keith not only incorporates a relevant commentary on current media culture, but also imparts a similarly intense color palette. He received his Bachelor of Fine Arts in Painting and Printmaking from Virginia Commonwealth University and was awarded a Theresa Pollak Prize for Excellence in the Arts as an Emerging Artist (2013, 2012). His work is held in numerous collections including Markel Corporation and First Capital Bank, both Richmond, VA.