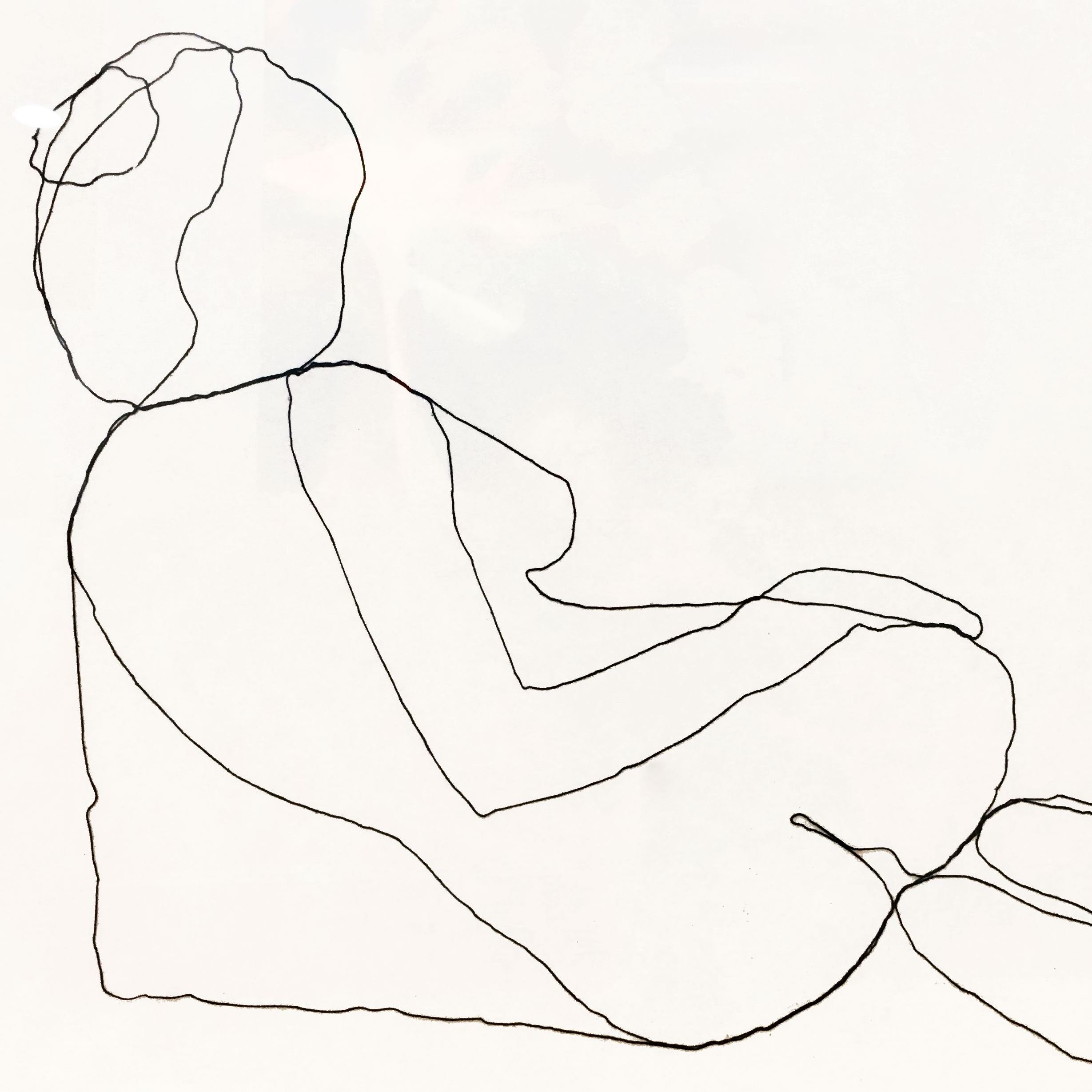 Tactile yet ephemeral, Eva Rocha’s threaded works present contemporary concepts of the human figure rooted in memory and ritual. Fluidly draping black thread over unpainted canvas, she organically draws a woman’s body. As the female’s position transforms from piece to piece, it engages a varied emotive quality from erotic to apprehensive to serene, and always vulnerable. This vulnerability is heightened by the stark contrast between dark lines and raw canvas, which evokes a primal nature in its fleshy hues. Intentionally fraying the canvas’s edges, Rocha expands on ideas of ritual and instinct as she reenacts her childhood habit of pulling threads from her grandmother’s cloths. The frayed cloth’s impermanence is paralleled in the naked forms, malleable in their emotion and physicality.

Born in Brazil, Rocha moved to America and received her Master of Fine Arts with a focus in Kinetic Imaging from Virginia Commonwealth University in 2016. An awardee of the Theresa Pollak Award for Excellence in the Arts and Style Magazine’s “Woman in the Arts” in 2015, she is one of Richmond’s top emerging artists. She has shown at the Art Museum of the Americas, Museu Brasileiro de Escultura, the MOCA-VA, the King William Museum; The Valentine and the Taubman Museum. Her work is held in numerous collections, including the Virginia Museum of Fine Arts and Try-Me of Richmond, VA.